Toronto, ON – January 12, 2023 – Today, V13 Media announces the promotion of Lance Marwood to the position of Director of Communications. Previously the Communications Manager, and long-serving writer on staff for V13, Mr. Marwood will become the latest addition to the company’s executive management team. The move is part of the company’s growth strategy in the communications space, which will include expansion into other realms of the digital media industry.

Mr. Marwood has written and contributed content for the network since joining on with V13’s predecessor site, PureGrainAudio, in 2015. Following parental leave in 2021, Marwood returned to the company with a view to increasing the scope and reach of the communications operations carried out by V13. Last year, h e was promoted to Communications Manager for his role in managing various projects for V13, including projects centering around email marketing and artist communications. Founders andManagement team comprising Christopher Gonda, Aaron Willschick, and Graham Finney decided to welcome Lance Marwood onto the executive board as part of a larger, dedicated strategy to encourage further growth and expansion in social media, media relations, and other upcoming projects to be shortly announced.

“V13 and its predecessor sites were crucial in helping me hone my craft and find my voice as a writer,” Marwood comments on the publication’s value to him when he was starting out as a budding writer. “Growing up a punk in rural Southern Ontario, then moving to the hardcore punk scene in Toronto in 2007, I always wanted an outlet for writing outside of that. This development is just the latest in a series of changes Marwood has been seeing during a busy year for the former communications manager. “I asked Chris and the rest of the team if I could get more involved in the actual nuts and bolts of working on V13 and its constituent parts,” Marwood explains, “And as I got more and more involved, it became this dynamic, exponential growth for all of us, where we were able to make things happen that hadn’t naturally occurred yet. It’s been exciting to take on bigger challenges and to reach new heights as a team.”

Deputy Editor and Vice-President Graham Finney recounted his experiences with Marwood and some of the rationale behind the promotion thus: “My first experience of working with Lance was when he joined the team as a writer. As someone who was clearly both passionate and knowledgeable about his music, he was the perfect fit for the team. Now moving into 2023, this is a big year for V13, both the site and the brand. Requiring someone with enthusiasm and a bag full of ideas, there is no better person to help build the brand and take this to the next level than Lance who now becomes our Director of Communications.”

When asked about the move, Publisher & CEO Chris Gonda explains, “We’ve had the great fortune of working with Lance “the writer” for many years. Given his excellent work, every time his life busied and we were deprioritized, it hurt. So, when he returned in mid-2022 seeking to ante up and focu s on Communications-related work, it was music to our ears. Fast-forward six months, and Lance has helped V13 leap ahead by years, picking up all of the crucial tasks for which our core team has not had the time. For this, and many other reasons, Lance’s promotion to Director of Communications is well-deserved.

When asked specifically about what projects Marwood would be helming going forward, Gonda remained cryptic, only stating, “We expect big things in 2023 and we’re excited to have him help share more announcements very soon.” 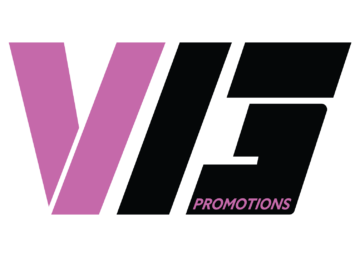