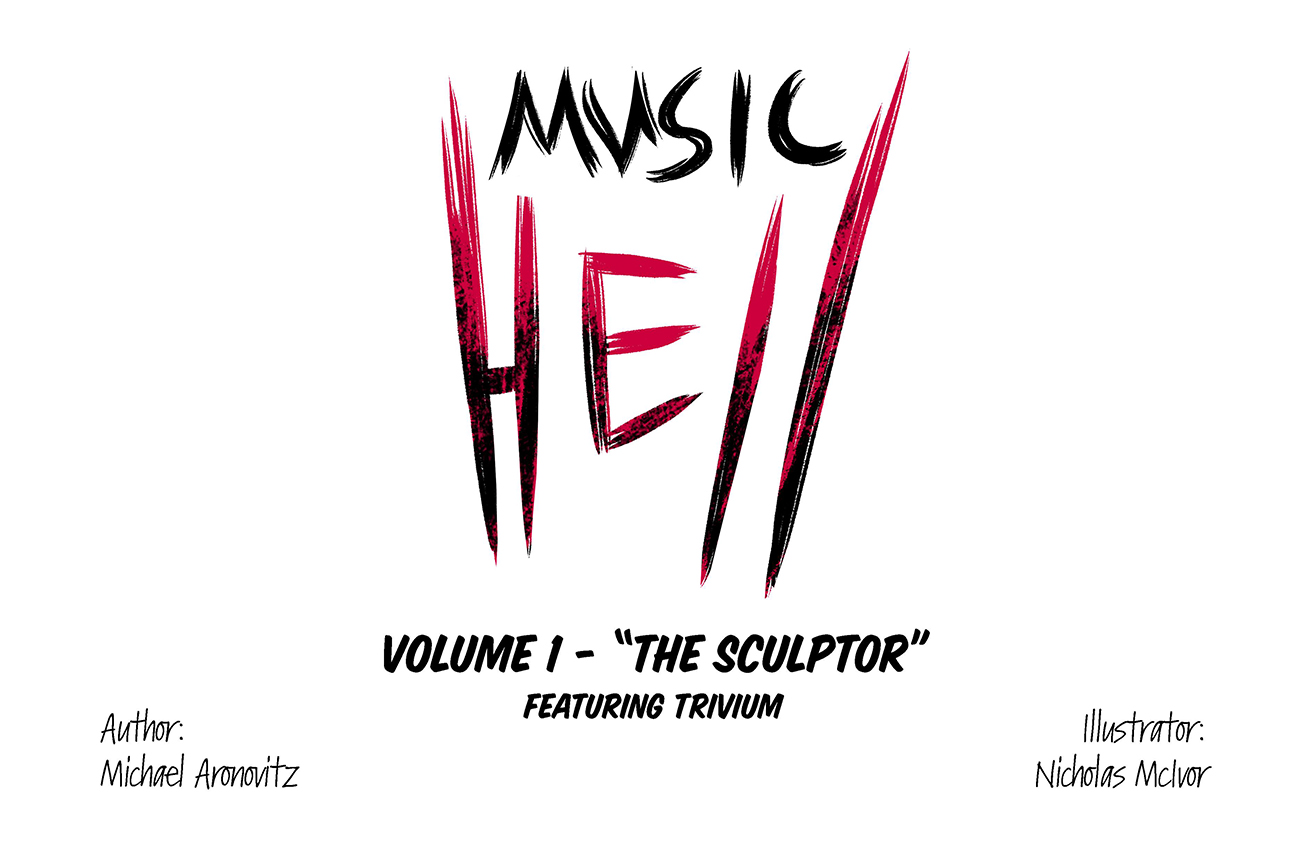 Canadian-based music authority PureGrainAudio.com announces the launch of their new horror series entitled “Music Hell”. The series will feature 13 Horror-themed short stories by published author Michael Aronovitz that will each focus on one band and their most current release and include exclusive artwork by illustrator Nick McIvor. PureGrainAudio is warning fans, that the stories may contain horrific imagery and extreme violence.

“Music Hell” is advised to be read with extreme caution. For every action there is a reaction, and because music has reached such an unprecedented level of artistry, the evil in the belly of the world has crept to the surface. Each month, a different super-star band will be cursed, haunted, stalked, and terrorized by vicious serial killers, demented miscreants, blood-sucking zombies, and hideous demon-spirits.

“I got referred to PureGrainAudio by my friend Chris Poland: President of Eclipse Records. I was looking for review work, but Chris Gonda, the C.E.O. of PureGrainAudio took the conversation to another level altogether. He considered my hard-edged horror fiction and immediately came up with the idea that I could write short horror stories not only based on bands with newly released material, but starring them in the plot! Chris named the series “Music Hell” and gave me the press kit for one band’s new record. I wrote the story in two days, and neither Chris or I have looked back since!”Illustrator Nick McIvor adds:”I’m excited for Music Hell, because heavy music + horror stories = some spooky fun drawing sessions.”

PureGrainAudio‘s first Volume is called “The Sculptor” and is based on metal masters TRIVIUM and their latest release “The Sin And The Sentence” (Roadrunner). The story follows the band into the depths of ……..

Continue your journey to Music Hell at the following link: https://goo.gl/WGZUmb and stay tuned for Volumes 2 & 3 featuring Electric Wizard and Asking Alexandria respectively.

There will be a total of 13 Volumes released monthly throughout the year.

Michael Aronovitz is a published author of (very) dark horror fiction. His first novel, Alice Walks, is available in newly released E-book form through Cemetery Dance Publications: http://tinyurl.com/y9fkxjhv. He has published two other terrifying novels (The Witch of the Wood and Phantom Effect) and two frightening collections (Seven Deadly Pleasures and The Voices in Our Heads), as well as writing a number of in-depth rock reviews for Hellnotes, Goblet of Shock, Metal Heads Forever, and Heavy Music Headquarters.

In 2014 he had a short story featured in the renowned anthology Searchers After Horror, and has upcoming fiction coming in Ghostlight, Nemesis, and Apostles of the Weird. In 2011, his story “How Bria Died” was featured in The Year’s Best Dark Fantasy and Horror, Prime Books. Michael is a college professor of English and lives in Pennsylvania.

Nick McIvor is an illustrator and comic creator from Australia. He studied Animation at the Queensland college of art, and has been working as a freelance artist ever since. His favourite things to draw are probably cats and goblins, and his preferred colour to design with is probably all of them. He moved to Canada to pursue comics, and to pursue little adventure, and he hasn’t been disappointed yet. You can often see him at one of Toronto’s many underground comic festivals – he’ll be the Australian one, you can’t miss him. Nick is excited to be working with Pure Grain Audio for this project, and he hopes to bring the fire.