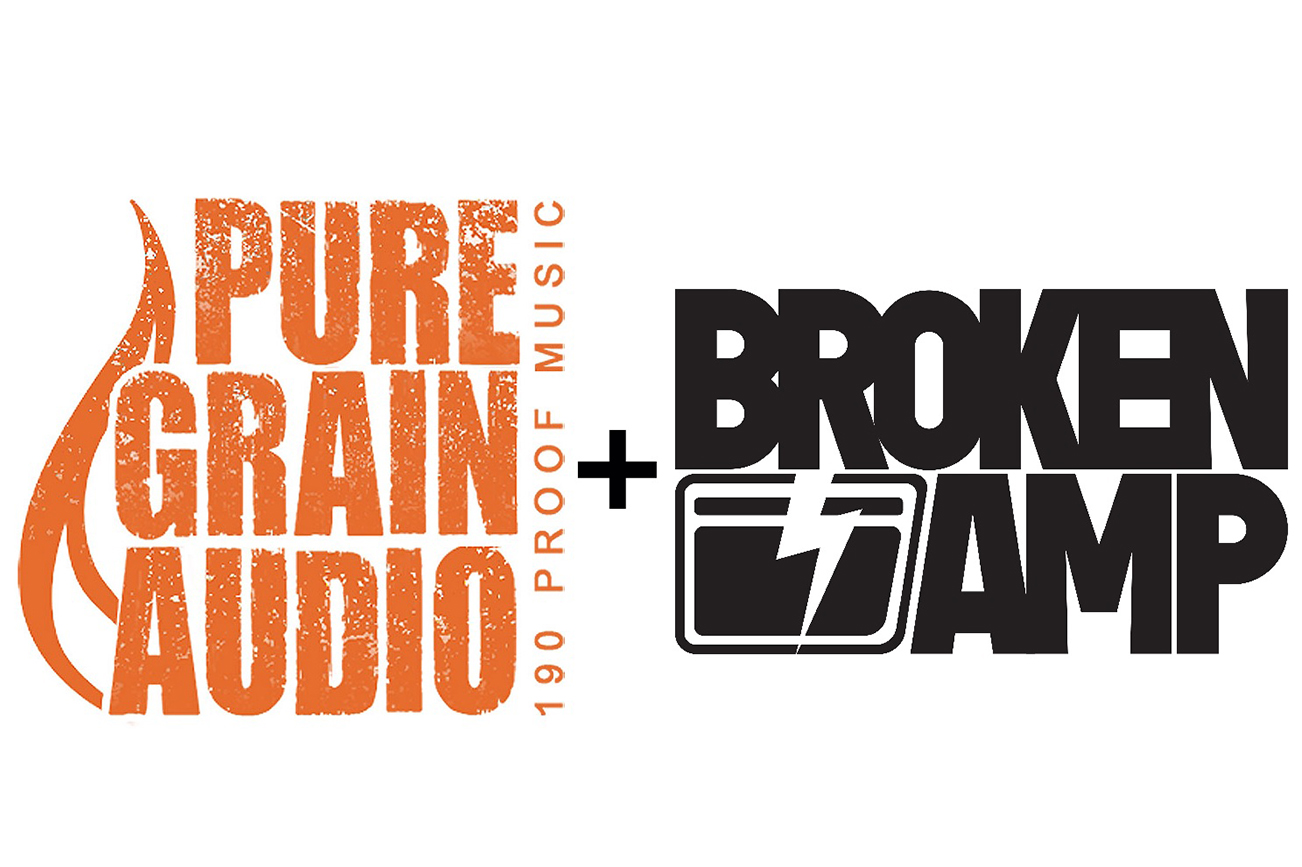 Canadian-based music authority PureGrainAudio.com announces their acquisition of international rock and metal outlet BrokenAmp.com. The merger will see Broken Amp staff cross over to PureGrainAudio growing the established site to an even stronger music source for news, reviews, interviews and exclusive features of today’s most known to underground artists. Over 14 staff members, which are about two thirds of Broken Amp’s active staff will be joining the PureGrainAudio roster, growing their team to over 90+ contributors.

Broken Amp started in October 2014, and went through various iterations before it arrived at its final form – a website with accompanying podcast, focusing on heavy music in all its glorious forms. The site grew at a steady rate, taking on both talented new writers and grizzled veterans, all in the pursuit of one admirable goal – high quality music writing. Broken Amp amassed a respectable readership of their scribbles, and covered a wide range of continents and genres in search for the most interesting and best quality bands to write about. The former editing staff felt – and still feel – there is a dearth in this quality writing, and while Broken Amp itself is coming to a close, their passion and dedication has far from waned.

PureGrainAudio began in March of 2005 and has spent the past 12 years growing into Canada’s premiere source for all forms of Rock, Metal, Punk and Hardcore music. After a year of hard work developing a brand new website, PureGrainAudio re-launched in early 2017 and at that time also expanded into Indie/Folk/Acoustic, Hip-Hop/Rap, Electronic and even Pop Culture. Their goal, by the end of the year is to be Canada’s single biggest music news source.

Mark Angel Brandt (BA Founder and Owner, now PGA Co-Managing Editor, UK/EU) comments:”The timing could not have been more serendipitous. Broken Amp feels like it has run its natural course, and this is the logical progression in bringing the talented team we have built to help grow a top-quality website. Jim and I are extremely excited to get to work in 2018, and take PureGrainAudio to new heights. Watch this space, we’ve got some great ideas germinating!”

James Parry-Smith (BA Assistant Manager, now Co-Managing Editor, UK/EU) comments:”Mark’s vision for Broken Amp has always centred around quality in music journalism, so this is an exciting opportunity for us. We’re very much looking forward to becoming part of the PureGrainAudio family and combining our talented teams to provide the very best coverage. 2018 promises to be an exciting year for all of us and we’re already concocting some great ideas, so keep an eye out!”

Graham Finney (PureGrainAudio Vice President) comments:”2018 was always going to be a massive year for PureGrainAudio but now, with the addition of the excellent team from Broken Amp, the opportunity to take the site into new areas is mind-blowing!”