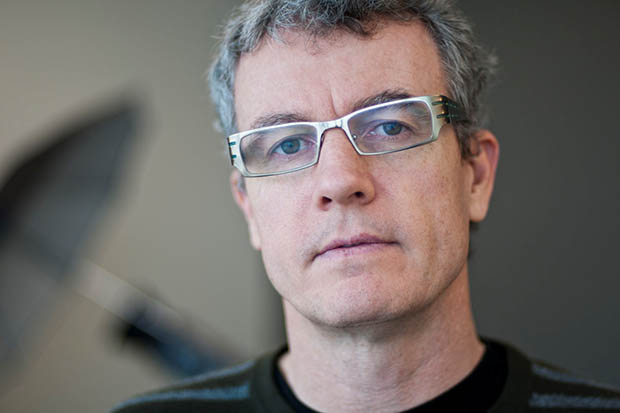 PureGrainAudio.com is happy to announce that Mike Bax, founder of Lithium Magazine, has joined the site as the Managing Editor for Canada. Mike is a mainstay in the Toronto music scene, having originally founded Fazer with then collaborator Laurie Lonsdale. After a successful stint as a top media outlet with as many as twenty contributors, Fazer went offline after conflicts of interest forced Bax and Lonsdale to move on. The pair then launched the highly-successful website, Lithium Magazine.

PureGrainAudio CEO Christopher Gonda had this to say about Mike: “Mike has long-since been at the forefront of Canadian rock journalism and boasts years, if not decades, of musical expertise. The fact that he’s run some of Canada’s leading websites, worked with and interviewed many top artists, and managed his own sizeable crew of talented writers and photographers only serves to make this news and partnership more incredible. It’s humbling that Mike has chosen to join the PureGrainAudio family and together we plan on exponentially growing our music coverage, both in Canada and globally.”

Lithium will remain online indefinitely, albeit with a smaller focus until Mike decidesits fate. Folks are encouraged to seek out his new work at PureGrainAudio as he continues to carry on the high-quality journalism that propelled the success of both Fazer and Lithium.

Mike and Chris agree that the timing of this collaboration couldn’t have been more fitting. Mike commented: “Timing is everything. A year ago, Chris and I were spitballing outside of the Opera House, mutually waiting to do interviews with Corrosion of Conformity – Chris suggesting we find a way to work together down the road. As 2016 wrapped up, my path in music journalism has freed up as it was a decade before, joining PureGrainAudio and working alongside Chris seemed a natural and logical thing to do. I can’t wait to jump into some new press opportunities as a part of the PureGrainAudio team.”